How could I not love the work of this multi talented artist and creator. Nina Paley is a director, animator, cartoonist, writer and activist? She is known for her films Sita Sings the Blues (2008), the Kahlil Gibran’s The Prophet (2014) and Seder-Masochism (2018). Seder-Masochism is a retelling of the Book of Exodus, as a patriarchy emerging from goddess worship.

Nina Paley came to my attention after I watched her short This Land is Mine. This link is to the newly revised (2017) version. The film is a brief history of the land called “Israel/Palestine/Canaan/Levant”. You can read the “who’s-killing-who” viewer’s guide on Paley’s blog here: blog.ninapaley.com

Of note: Nina shares her work freely when she can. The GIFs posted here can be found (and used/shared) on her blog. Where ever possible she has given free access to watch and share her films. Here in this link are her words for the distribution of Sita Sings the Blues. Enjoy.

In this episode from the film Seder-Masochism, Moses is confronted by the goddesses the Patriarchy is about to crush.

Directed & animated by Nina Paley
Music: “You Gotta Believe” written by Norman Whitfield, sung by the Pointer Sisters, circa 1976

Image of Frida Kahlo found online. Creator of GIF unknown. If anyone knows the artist of this image, please leave a note in the comments, so that I may credit them. Thx.

George Redhawk (aka Dark Angel One) has been inspiring a new generation of photographers and animators with his unforgettable mesmerizing work. His collection of animations is called “Through My Eyes”.

Redhawk is legally blind. With the aid of software for the visually impaired, he shares a glimpse of his own world. His Charles Bonnet Syndrome (CBS) is common among patients with partial or severe blindness. CBS causes  visual disturbances very similar to hallucinations. Redhawk uses the effects of this syndrome to great effect in his animations.

Ironically Dark Angel One does not consider himself to be an artist. His brand of motion art is called “The Redhawk Effect” by his peers and followers. You can see more of his captivating work on his Google+ profile here.

Freelance designer and stop-motion animator Micaël Reynaud creates stunning animated GIFs. His process involves the use of video techniques like slit-scanning, time-lapse, and various forms of masking to create what he refers to as “hypnotic very short films.” Indeed many of these animations are pulled from fully realized videos which you can watch over on his Vimeo channel. His pigeon GIF above was a finalist in the Saatchi Gallery Motion Photography competition. 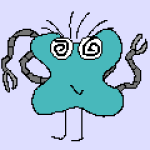 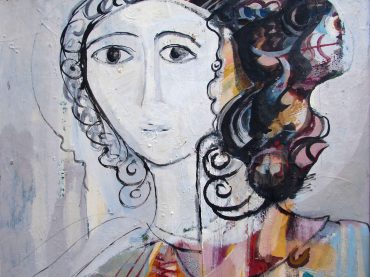 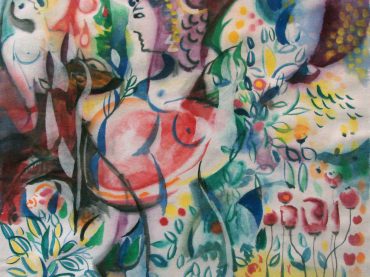 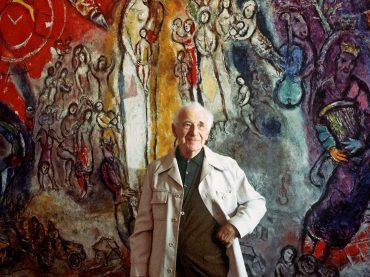 Category : Dance, Influential Artists, Installations, Painters, Performance, Theatre
A visual journey into some of Chagall's unforgettable designs for the stage. Costumes, sets and backdrops for theatre and ballet. Designing for the theatre combined Chagall's love of mythology, drama, romance and music.
Read More 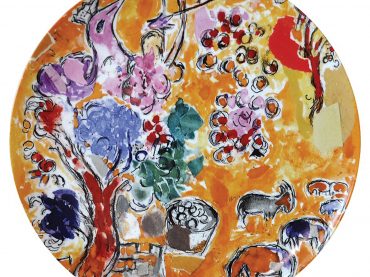 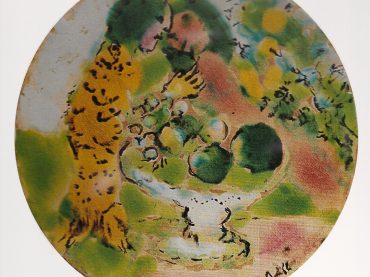 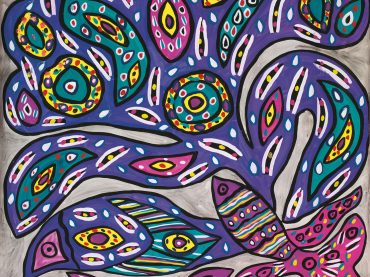